As the field of embedded electronics gets more advanced, hobbyists and professionals are both in need of smaller and more powerful computers. The pcDuino2 is a high performance, cost effective mini PC platform that runs full-featured operating systems such as Ubuntu and Android ICS. Now included with the pcDuino2 is a built in Wi-Fi module and Arduino headers (finally with the same architecture as Uno boards) meaning you will no longer need to purchase a separate wireless module or shield adapter for this dev board!
It's easy to hook up, just connect 5V power and a keyboard and mouse. The pcDuino2 outputs video to any HDMI enabled TV or monitor via the built in HDMI interface. It was specifically designed to make it easy for the open source community to develop computationally demanding projects using the vast, existing catalog of Arduino Shields.
An API has been developed for the pcDuino2 that allows the user to access all of the functions that you would expect using simple Arduino-style language.
Note: Our supplier has informed us that we are receiving a special version of the pcDuino2 with 4GB of onboard flash storage instead of the regular 2GB!
Dimensions: 125mm X 52mm
Features:
1GHz ARM Cortex A8 CPU
GPU: OpenGL ES2.0, OpenVG 1.1 Mali 400 core
1GB DRAM
Onboard Storage: 4GB Flash, microSD card (TF) slot for up to 32GB
Arduino-Style Peripheral Headers
HDMI Video Output
Linux3.0 + Ubuntu12.04 and Android ICS 4.0 Supported
0.1" Spaced GPIO Headers
RJ45 Ethernet Connection and On-Board Wi-Fi Module
Power Requirements: 2A @ 5VDC
API to access the following interfaces:
UART
ADC
PWM
GPIO
I2C
SPI
Program in C, C++ with GNU tool chain
Java with Android SDK
Python
Documents:
User Guide
Tutorials
Product Page
Product Video 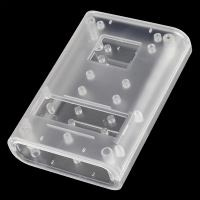 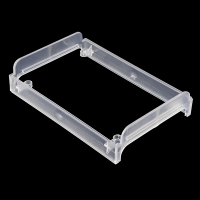 Stack 'em high! This extension plate for the clear pcDuino/Arduino enclosure from LinkSprite will give your project a little more headroom. It's often hard to accommodate shields i.. 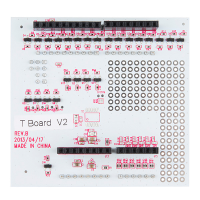 We all know that not every Arduino shield is 3.3V, many are 5V boards. This is the voltage translator shield, an easy to use add-on for the pcDuino2 to give your dev board the abil.. 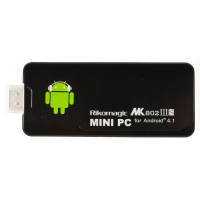 The new MK802 IIIS shares the same basic specifications as the MK802III with an additional soft shutdown option (device can be shutdown completely from the task bar) MK802 IIIS is .. 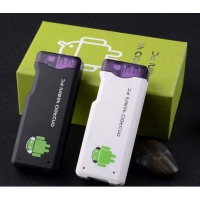 Running Android 4.0, the MK802 A10 Mini PC is designed for versatility and convenience. The tiny 200 gram PC can plug directly into any HDMI output for an on the go media player, i..