Feature:
•  This solar powered robot kit can be transformed into 14 different modules
•  The robot modes include vehicles and bugs all in cartoon comic robot style
•  Movement is powered by solar panel and speed is determined by the intensity of sunlight it receives
•  There are two levels in building the robot kit, level one include: Turtle-bot, Beetle-bot, Quadru-bot, Boat-bot, Walker-bot, Dog-bot and wheel-bot
•  After they amuse themselves with the entry level, can challenge their manipulative skills with second level: Roly Poly-bot, Auto-bot, Slither-bot, surf-bot, Zombie-bot, Crab-bot and Row-bot
•  With 14 in 1 Educational Solar Robot Kit, the kid can learn about the renewable energy sources and green technologies when they are having fun
•  No batteries required 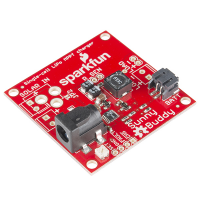 This is the Sunny Buddy, a maximum power point tracking (MPPT) solar charger for single-cell LiPo batteries. This MPPT solar charger provide you with the ability to get the most po.. 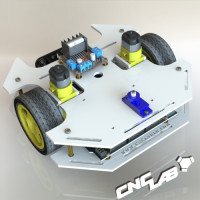